posted on March 18th 2009 in Photography & Writing with 0 Comments

Stonevoice consists of nine A3 typographic prints of a poem cycle exploring the relationship between place, history and trauma. The ideas for the poem and the photographs came from a night spent freezing by myself on top of the ruins of Montsegur Castle in southern France in 2002, under a full moon on a night that turned out to be the winter solstice. Winner of the Enid Derham Prize for Poetry. Purchased by the University of Melbourne in 2004. 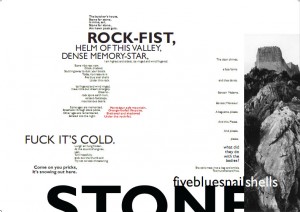 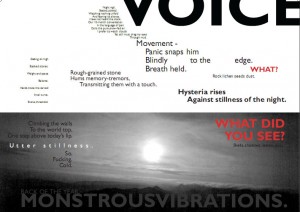