posted on February 19th 2012 in Writing with 0 Comments 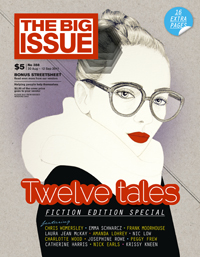 The last six or eight months have been all about writing. A few recent highlights from 2012:

Awarded to the writer/s ‘whose work has been deemed most original and influential.’ The award includes a week-long residency, manuscript appraisal and mentoring.

EAR TO THE GROUND

‘Ear to the Ground’, Griffith Review 35: Surviving, February 2012.
A long essay looking at the Christchurch earthquakes and their aftermath. What happens when a series of radical events strike a conservative place?

Short fiction about an oil slick, the world’s most ambitious advertising campaign and the Second Coming. Check out an extract published on Arts Hub.

“Probably my favourite of the whole collection, Nicolas Low’s ‘Octopus’ , is set in New Zealand and cleverly combines Maori culture with fears of terrorism, fears of the outsider, and fears of an ancient, apocalyptic understanding.” – Bookseller + Publisher Magazine

“… a pleasingly diverse collection. Where Williams, Morgan and others use traditional narrative forms, others do not. Nicolas Low moves to more experimental registers in Octopus … Indeed, there is not a flat note in this collection. It shows us Australian contemporary fiction is in fine fettle.” – Weekend Australian

An interview about the genesis of ‘Octopus’: http://griffithreview.com/insight-in-the-mind-of-the-writer/interview-with-nicolas-low-author-of-octopus

Reportage about a three-day, three-night tour of the underbelly of Seoul: red light districts, abandoned industrial precincts, Mongolian worker districts and the Gate of Corpses; and the resulting collaboration between Australian writers and Korean architects and designers.

2011 Art Start Grant from the Australia Council for the Arts
Funding towards a full year’s writing development. Incredibly useful!

Crowd sourcing and writing; why so many creative New Zealanders live overseas, and what might happen if they all moved home.